Ever since women started joining the workforce in large numbers, sexual harassment has picked up momentum all on its own.

Even though women today are highly educated and have the qualifications required for them to work at any level, more than 60 % of them are still subject to unwelcome sexual behavior from the opposite sex. Gender discrimination and stereotypes are among the main reasons for such behavior. Men tend to feel like women are violating their biological roles when they step into the workplace.

Any woman who complains about sexual harassment usually fears a backlash. She is risking denigration of character, 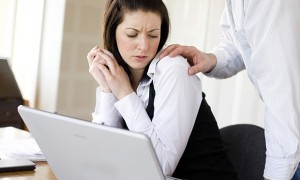 isolation, hostility and maybe even physical harm. The society should be working on eliminating sexual harassment at every level and in every situation so as to help preserve women’s dignity.

While it is very important for employers to clamp down on any such issues in the workplace, sexual harassment is still widely prevalent today. But it is important for women to be able to stand up to such discrimination and that is where a women’s center can really help. So if you aren’t confident enough to make yourself heard at the workplace or speak out against sexual discrimination, head over to your local women’s center and speak with experts who will guide you through the process. They may even go as far as taking up your cause for you. And if things get too out of hand, they could even help you involve the police. Visit one today.